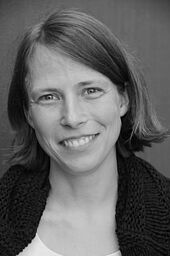 Background: Whole brain irradiation as well as irradiation of the neuraxis are state of the art in the treatment of a variety of oncological diseases. These diseases include a number of pediatric cancers such as acute lymphoblastic leukemia (ALL) and medulloblastoma as well as adult cancers such as brain metastases from a variety of adenocarcinomas of different organs. For a long period of time it has been known that whole brain irradiation can result in cognitive decline. In a number of studies it could be shown that reduced proliferation and dysfunction of the neural stem cell population as well as a loss of stem cells within the hippocampal region are responsible for these cognitive changes. The signaling pathways however which result in these alterations in neural stem and progenitor cells (NSPCs) have not been clearly elucidated so far.

Aim: The goal of our project is to identify those pathways which are responsible for the changes observed in the stem and progenitor cell population upon gamma irradiation.

Experimental procedure / working programme: To investigate these alterations we have established the cultivation of murine NSPCs as well as the differentiation of astrocytic and neuronal cells from these cultures. We have further established protocols for the retroviral and lentiviral transduction of these cells, protocols for the molecular and functional characterization of these cells as well as imaging techniques. We will use molecular, cell biological and neurophysiological methods to dissect the (neuro)toxic impact of cerebral gamma irradiation upon NSPCs to identify the responsible pathways. For our investigations we will use murine NSCPs as well as NSPCs derived from iPS cells. During later stages we will also analyze hippocampal slice cultures as well as ex vivo mouse brain tissue. The analyses will be carried out in close cooperation with other members of the GRK 2578. Ideally the candidate should have an expertise in molecular cell biology, molecular biology and stem cell biology. The applicant should be highly motivated and eager to expand his/her scientific and experimental knowledge.

Interested candidates are welcome to apply for this project. Please note to fill in the project number 1d in the application form.