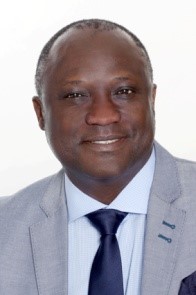 Aim: Every cell type reacts differently to genotoxic noxes. Therefore, we aim to comparatively analyse DNA damage response pathways in hepatocytes and neurons differentiated from healthy and NBS-patient derived iPSCs after subjecting them to genotoxic stress.

Experimental procedure / working programme: We will analyse the influence of ionizing radiation, Benzo(a)pyrendiolepoxid (BaP), and Aflatoxin B1 (AB1) on the iPSCs during and after differentiation. The efficiency of DNA repair and the associated stress response will be compared between stem-, progenitor-, and mature cells derived from NBS patients and healthy donors. We will analyse how genotoxic stress influences the process of neurogenesis and hepatogenesis as well as the phase I and II metabolism of hepatocytes. Transcriptome analyses will indicate cell type specific changes in signalling pathways and Gene Ontologies. Key factors of DNA damage repair, apoptosis, and proliferation will be analyses on RNA and protein level, as well as with functional assays. In addition, we will focus on neuronal migration, mitochondrial damage and hepatocyte function (CYP450 activity). The project will be accomplished in close cooperation with other members of the GRK 2578.

iPSCs derived from NBS patients and healthy donors will be differentiated into neuro- and hepatocyte like cells. After submission to genotoxic agents, DNA damage repair (A), mitochondrial dysfunction (B), neuronal migration (C), and the detoxification capacity of hepatocyte like cells (D) will be analysed.

The ideal candidate should have a strong background in toxicology, biochemistry, molecular biology and/or stem cell biology. High motivation and commitment to the project is expected. Ideally, the candidate should have experience in human iPS cell culture and 3D cellular differentiation models.

Interested candidates are welcome to apply for this project. Please note to fill in the project number 1a in the application form.