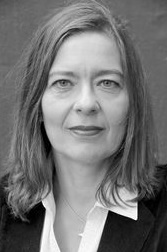 Title: Investigations on DNA repair capacities of human neural progenitor cells (NPC) depending on the degree of differentiation and cell type

Background: In the developing rodent brain multipotent NSPCs proliferate, migrate and later differentiate in the ventricular zone, processes closely linked to the cell cycle and highly sensitive to chemicals that damage DNA. Very little is known about the effects of mutagens on the development of human NSPC depending on the stage of development. However, exposure of pregnant women to cigarette smoke leads to an increased rate of DNA adducts in the umbilical cord blood and to impaired cognitive development in exposed children. In order to investigate the effects of exogenous noxae on cellular and molecular parameters of human NSPC, we established human and comparative rodent 3D NSPC (neurosphere) cell systems to investigate the mode of action (MoA) of toxins on NSPC function and development.

Aim: The aim of the work is to investigate stage-dependent effects of different mutagens on human NSPC function. The results are compared with the previously published effects of these mutagens on NSPC in rodents in vivo. If there are differences between our human in vitro and the published results in rodents in vivo, we will extend our studies to in rat in vitro systems, which will enable us to differentiate between species and in vitro/in vivo differences and thus identify human-specific NSPC reactions.

WP1: Investigation of the effects of model mutagens and ionizing radiation (positive control) for cytotoxicity, apoptosis, cell cycle, proliferation, migration and differentiation. Furthermore, the DNA damage and the repair capacities of these cells are examined.

WP2: Analysis of the molecular mechanisms of the effects of the different mutagens on human embryonic and fetal NSPC models, as well as their differentiated cell types. The main focus here is on the molecular relationships between cell cycle arrest in certain cell cycle phases and the effects on migration and differentiation that depend on them. Molecular biomarkers are derived from this and a possible species comparison with rat NSPC follows.

WP3: Translation from model to environmental mutagens. Embryonic and fetal NSPC are treated with the environmental mutagen benzo(a)pyrene-diolepoxide contained in cigarette smoke and the effects on processes of brain development as well as adduct formation and biomarkers are examined.

Interested candidates are welcome to apply for this project. Please note to fill in the project number 1c in the application form.