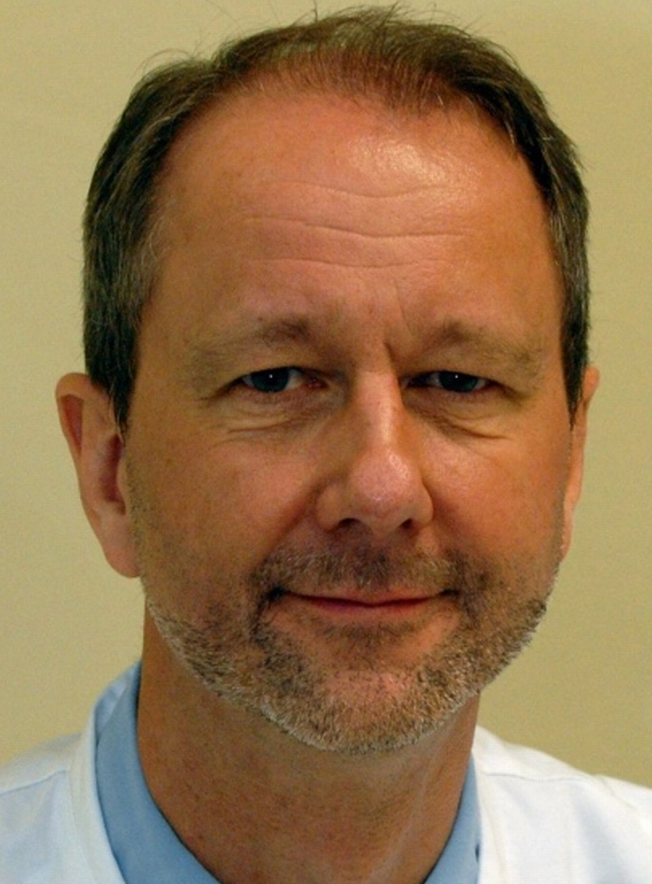 The treatment of tumours by means of radiotherapy is the specialist discipline of the Clinic for Radiotherapy and Radiological Oncology. This is one of the most important therapy methods for treating malignant cancerous diseases. In this form of therapy, high-energy radiation is specifically directed at the tumour in order to destroy the cancerous cells.

There are two forms of radiotherapy: outer and inner radiation. In the case of outer radiotherapy, also referred to as teletherapy, specially designed equipment sends rays through the skin as far as the tumour itself. In inner radiotherapy, brachytherapy, a radiation source is inserted into the tumour or into a body cavity in the vicinity of the tumour during an operation. This means that radiation dosage is optimally concentrated in the region of the tumour whereas the surrounding healthy tissue remains unaffected.

Düsseldorf University Hospital is equipped with state-of-the-art technology and offers the entire range of established radio-oncological therapy methods. The Clinic’s medical team draws up an individual radiation schedule for each patient and closely cooperates with medical physics and other neighbouring disciplines such as medical and operative oncology. In this way, therapy schedules are continuously perfected and further developed. The Clinic’s doctors and staff represent the high standard of tumour therapy in line with the state of the art in both science and technology, interdisciplinary cooperation and individual care.

The Clinic for Radiotherapy is equipped with the full range of modern apparatus and methodological potential for treating tumours ranging from teletherapy to brachytherapy. In the field of teletherapy, the clinical focus is on multimodal treatment concepts for throat / head tumours, malignant lymphomas, bronchial carcinomas and tumours in the minor pelvis. Further special therapy methods include the conditioning all-body radiation method as preparation for bone marrow transplantation and stereotaxic high-precision radiation for tumours in the brain or at the skull base.

In the field of teletherapy, the Clinic applies state-of-the-art technology enabling precise radiation of the tumour region, minimising effects on the surrounding healthy tissue. To this effect, the medical and physicist team draws up a computer-aided radiation schedule using five workstations of the latest generation.

The patient is first digitally radiographed on a three-dimensional basis. Up to 120 individual images of a spiral CT scanner are combined to form a virtual 3D model. This model shows the full range of anatomical structures and forms the basis both for precise determination of the radiographic treatment sectors and for the purpose of setting the radiation equipment.

Brachytherapy is another of the Clinic’s key therapeutic areas. This short-distance or contact radiation method is applied both on a standalone basis and to supplement external teletherapy. The Clinic frequently uses the computer-operated afterloading system for high-dosage rate radiation.

In the field of basic research, the Clinic’s interest is primarily focussed on modulation of the radiological effect. One current research project, for example, is investigating radiological sensitisation in infantile gliomas (glioma: tumour of the central nervous system in the brain) whereby patients are treated with pure oxygen under overpressure (hyperbaric oxygenation) in addition to radiotherapy.

The Clinic is also engaged in multicentre EORTC studies which investigate, among other aspects, the effectiveness of erythropoietin in radiotherapy for advanced head / throat tumours and radiation in the pelvic region.

Another focal point of research involves the treatment of radiogenic secondary effects. To this effect, the Clinic is carrying out a randomised, placebo-controlled and double-blind study investigating the treatment of breast symptoms after breast-conserving operations and radiation with hyperbaric oxygen therapy.

In the field of molecular-biological and experimental research, the Clinic is principally involved in the increase in radiological sensitivity of malignant tumours by means of gene-therapeutic approaches and the influence of radioprotectors for the protection of haematopoietic parent cells in bone marrow on radiation-induced gene expression profiles. This project is part of the “Adult Parent Cell Research” competence network and is being performed in close cooperation with the Clinic for Haematology, Oncology and Immunology.