This covers areas from classical neurodegenerative diseases, like Alzheimer's disease or Creutzfeldt-Jakob Disease, to molecular psychiatry where chronic mental illnesses like schizophrenia or recurrent affective disorders are investigated. Brain disease conditions are conceptualized as extremes on a continuum from physiological protein assembly to protein misassembly, either subtle as in conditions such as normal brain aging and chronic mental illnesses or dramatic such as in microscopically visible protein deposits in the neurodegenerative diseases. Defining brain diseases from the perspective of protein misassembly has the valuable advantage of immediately providing a pharmacological target. Accordingly, it is our ultimate goal to identify novel pharmacotherapies to chronic mental illnesses and neurodegenerative diseases.

Special focus is also on the biological definition of schizophrenia. It is our goal to redefine purely clinical diagnoses currently based on clinical interview and self-reporting such as schizophrenia as subsets of biologically discernible diseases. In this context, we are interested in the correlations between self-reporting, neurocognitive measures and physiological variables on a more general level in neuroscience.

In this context, we are interested in the correlations between self-reporting, neurocognitive measures and physiological variables on a more general level in neuroscience.
We have just published a unique blood test for subset of schizophrenia using an innovative reverse-translational approach (Link; see accompagnying videoclip here). 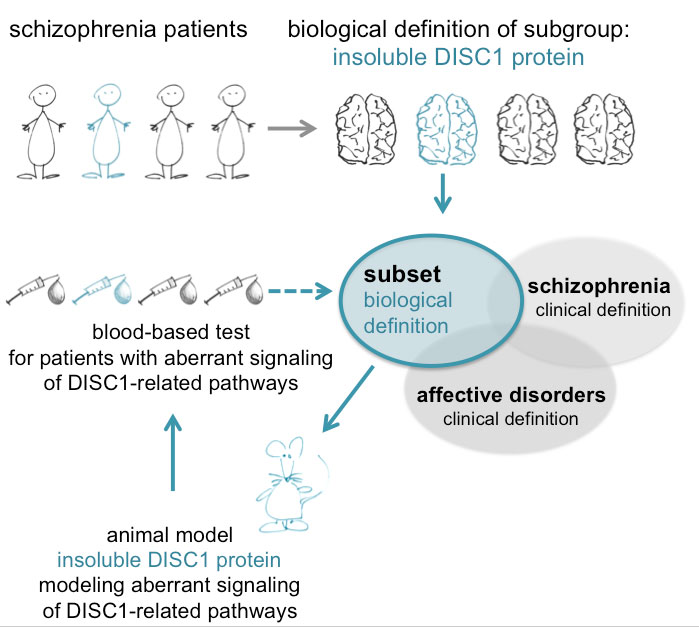 The Korth lab is embedded in a close interdisciplinary network of National, European and Overseas scientific collaborations.