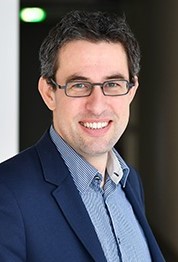 Title: Sublethal Genomic Damage of Naïve B cells - Consequences for Differentiation and Function with a Focus on Development of Autoimmunity

Background: The knowledge about genomic damage as causative factor for development and progression of autoimmunity is incomplete. In this context, B cells are an interesting type of immune cell, since they enzymatically (activation-induced cytidine desaminase, AID) increase mutation frequency during activation by default, to optimize antibody affinity and initiate isotype class switch. B cells are important in the context of autoimmunity, not only because they are the producers of autoantibodies, but also as antigen presenting cells and cytokine producers, modulating immune responses. Interestingly, when AID is overexpressed in B cells, this results in more autoimmunity. Therefore, we hypothesize, that sublethal genomic damage of naïve B cells, e.g. by ionizing irradiation (IR) or increased oxidative stress, alters resulting B effector cell function after activation and has an impact on the development of autoimmunity.

Aim: The project aims to characterize B effector cell function and role during development of autoimmunity after exposure to sublethal genomic damage of a naïve B cell.

Experimental procedure / working programme: After isolation of naïve B cells, a sublethal dose of H2O2 or ionizing radiation (1 - 4 Gy), respectively, will be applied, followed by activation of the B cells in a T-dependent (anti-CD40/IL4) and T-independent (CpG/anti-IgM) manner in vitro. Subsequently, B cell function and phenotype will be comprehensively characterized by established methods, e.g. FACS, Isotyping, Multiplex ELISA, qPCR, and calcium measurements. To test the impact of sublethal genomic damage of naïve B cells in vivo, an adoptive transfer model using RAG2 -/- mice will be utilized to characterize the influence on immune responses in general and an established mouse model for rheumatoid arthritis (collagen-induced arthritis, CIA) will be used to test the impact on development and severity of autoimmunity. The project will be accomplished in close cooperation with other members of the GRK 2578.

The ideal candidate has a strong background in toxicology/pharmacology, cell biology and immunology. High motivation and commitment to the project´s subject is expected.

Interested candidates are welcome to apply for this project. Please note to fill in the project number 3b in the application form.