Research
Teaching
About us
Career 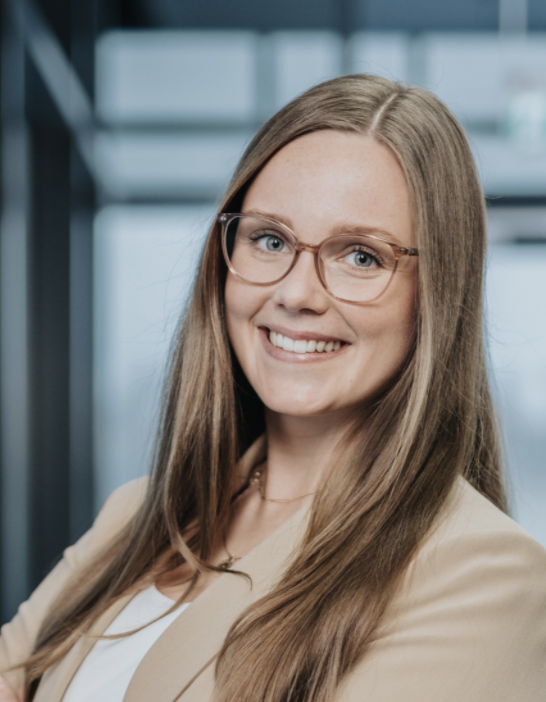 Behind these three words in the CV of brain researcher Nataliia Fedorchenko lie war and flight, and the hope that she will be able to use her knowledge, which she is now contributing to the Human Brain Project at the Forschungszentrum Jülich, to help rebuild Ukraine.

Further information can be found on the following website: https://www.helmholtz.de/en/newsroom/article/leave-of-absence/

A team of researchers from the C. and O. Vogt Institute for Brain Research at the University of Düsseldorf and the Institute of Neuroscience and Medicine (INM-1) at Forschungszentrum Jülich have identified seven new areas of the human insular cortex, a region of the brain that is involved in a wide variety of functions, including self-awareness, cognition, motor control, sensory and emotional processing. All newly detected areas are now available as 3D probability maps in the Julich Brain Atlas, and can be openly accessed via the Human Brain Project’s EBRAINS infrastructure. Their findings, published in NeuroImage, provide new insights into the structural organisation of this complex and multifunctional region of the human neocortex.

The human insular cortex, or simply “insula”, has gained the attention from researchers since the early 19th century. But a 3D cytoarchitectonic map of the insula that could be linked to neuroimaging studies addressing different cognitive tasks was thus far not available.

The HBP team analysed images of the middle posterior and dorsal anterior insula of ten human brains and used statistical mapping to calculate 3D-probability maps of seven new areas. The probability maps reflect the interindividual variability and localisation of the areas in a three-dimensional space.

Brain areas with differences in their cytoarchitecture - or the organisation of their cellular composition - also likely differ in function. Based on this hypothesis, the researchers aimed to better understand the differences in the microstructure of the insula, and to identify areas that may correlate with its diverse and complex multifunctionality.

The team found that the microstructure of the insula has a remarkable diversity and a broad range of cytoarchitectonic features, which might be the basis for the complex functional organisation in this brain region.

A cluster analysis based on cytoarchitecture resulted in the identification of three superordinate microstructural clusters in the insular cortex. The clusters revealed significant differences in the microstructure of the anterior and posterior insula, reflecting systematic functional differences between both entities.

The new maps are now openly available in the Human Brain Project’s Multilevel Human Brain Atlas on EBRAINS to support future studies addressing relations between structure and function in the human insula.

Cytoarchitecture, probability maps and segregation of the human insula,

Alexey Chervonnyy has been awarded a PhD Scholarship from the Hector Fellow Academy. The scholarship, awarded after a multi-stage selection process, will fund a three-year research project at the C. and O. Vogt Institute for Brain Research in Düsseldorf under the supervision of Hector Fellow Katrin Amunts. Chervonnyy will investigate the structure of the human hypothalamus, a part of the brain that plays a key role in regulating neuroendocrine, behavioural and autonomic processes essential to life, such as circadian rhythms, metabolic processes, sleep and body temperature.

“It is a great honour for me to be part of this prestigious programme,” says Chervonnyy, “and I also understand that it comes with a responsibility – which I am more than happy to accept.”

Alexey Chervonnyy has carried out an MSc in Translational Neuroscience at Heinrich Heine University Düsseldorf and holds a Diploma in Clinical Psychology from Lomonosov Moscow State University. “Alexey is an exceptionally bright student, who has proven his skills and his commitment throughout his MSc studies,” says Katrin Amunts.

During his doctoral research, Chervonnyy will employ an advanced deep-learning mapping tool to analyse the cytoarchitecture of the hypothalamus – the distribution, density and morphology of cells. He will generate a high-resolution, 3D-reconstructed histological model of hypothalamic nuclei as well as probabilistic maps that reflect interindividual variability of brain areas.

The produced maps will be integrated into the Julich Brain Atlas and made publicly available via the Human Brain Project’s research infrastructure EBRAINS. The Julich Brain Atlas has become a modern-day reference map of the brain for the neuroimaging community and its high-precision data serves clinical researchers to improve medical interventions.

“I am very excited to start this important project and work together with Prof. Katrin Amunts – a leading expert in the field of neuroscience,” says Chervonnyy. “The Hector Fellow Academy creates a bridge between generations fostering exchange between young scientists and senior researchers,” he adds.

In addition to funding the doctoral research, the Hector Fellow Academy is offering young researchers various training programmes to improve communication and management skills, which Chervonnyy stresses will have a great impact on his future career.

We are excited to announce the launch of the new Julich Brain Atlas website. The page presents the concept and research behind the human brain atlas developed by teams at the Institute of Neuroscience Medicine (INM-1) at Forschungszentrum Jülich and the Cécile and Oscar Vogt Institute for Brain Research in Düsseldorf.

The Julich Brain Atlas is the result of more than a quarter of a century of research and has become a modern-day reference of the brain for the neuroimaging community. The atlas contains cytoarchitectonic maps of the human brain in high resolution and comprises maps of more brain areas than ever identified before. It shows the brain’s cellular architecture in a three-dimensional space and reflects variability between individual brains. Various neuroscientific data from different levels can be systematically integrated and analyzed in the atlas – a kind of Google Earth for the brain.

“With the Julich Brain Atlas, we want to provide a tool for scientists around the world to better understand the brain and enable clinicians to plan medical intervention more precisely,” says Katrin Amunts, head of the Julich Brain Atlas and Director of the C. and O. Vogt Institute of Brain Research and the Institute of Neuroscience and Medicine at Forschungszentrum Jülich.

The new website provides deeper insights into the work that has gone into building the Julich Brain Atlas and the different types of data it comprises – from cytoarchitectonic maps over neurotransmitter receptor densities to fibre architecture. The data of the atlas is made openly available to the scientific community via the Human Brain Project’s research infrastructure EBRAINS.

Prof. Katrin Amunts has received the Hector Science Award 2021. The prestigious prize of 150,000 Euro honours professors from German universities and research institutions for outstanding research achievements, dedication to the education and support of young scientists and contributions to advancing their disciplines and institutions. The award was presented during a virtual award ceremony on 28 January.

You will find further information here.

A video of the award winner can be found here.

The full dataset of the Julich-Brain probabilistic maps has been published and can be freely downloaded. The data package comprises 148 probability maps in a three-dimensional reference space.

The Human Brain Project Summit 2021 will provide an open forum for hundreds of researchers, as well as policy makers, media and public, to discuss exciting scientific results, the latest developments in the project, and the cutting-edge services and tools available on EBRAINS.

The four-day event will kick off with the European Brain Summit taking place on-site in the heart of Brussels, followed by an internal day of HBP meetings carried out online, and finishes with the two-day online scientific conference of the HBP.

You can register here ➡ https://summit2021.humanbrainproject.eu/home/tickets

We look forward to hosting you for a lively scientific discussion and exchange of ideas around groundbreaking brain science!

Further information can be found here.

The Fourth Vogt Brodmann Symposium “The human brain and its variability”Dedicated to the memory of Karl Zilles will take place on September 15 and 16, 2022 in Düsseldorf.

A deeper understanding of the organization of the human brain and its variability is more relevant today than ever before. Modern methods of machine learning and high-performance computing in combination with neuroimaging open up unprecedented possibilities in the fields of brain mapping and medicine. The symposium will provide a forum for the latest research on the organizational principles of the human brain and its variability from different perspectives. The list of invited speakers includes Carmen Cavada, Alan Evans, Angela Friederici, Onur Güntürkün, Gitte Moos Knudsen, Aleksandar Maliković, Gottfried Schlaug, Michel Thiebaut de Schotten, Arthur Toga and Andreas Wree.