Noble Research and the Nobel Prize

In his will of 1895, the Swedish engineer, inventor and entrepreneur Alfred Nobel laid the foundation for five prizes in physics, chemistry, physiology or medicine, literature, and peace to those who had "conferred the greatest benefit on mankind". Since more than hundred years, the Nobel Prize is considered the most prestigious benchmark of scientific excellence. Today, it is used for ranking universities and gauging the scientific reputation of whole nations. This makes it the ideal example for investigating the mechanisms of scientific recognition.

We will take on this task by deconstructing the aura surrounding the award as well as the selection process of the laureates.
This symposium intends to deepen our understanding of how this ultimate accolade is constructed, which processes behind the scenes result in the award and how the prize is presented to laymen all over the world.

How has excellence been enacted throughout the 20th century, and how have particular achievements been selected and acknowledged as the most excellent in their respective fields?

What is the essence of scientific recognition, how has it changed over time?

What impact do prestigious prizes have on various levels, from the single individual to the state, and how are they interpreted or used in terms of political actions and different forms of capital and prestige?

10:40 Aant Elzinga, Gothenburg:
The search for a formula to make an akward candidate compatible - the case of Albert Einstein and his Nobel prize

2:00  Kalle Grandin, Stockholm:
Archival Excellence: What answers, and furthermore what questions, do we find in the Nobel archives?

5:15  Transport to House of the University

6.30-10.00 pm Public Lecture by Erling Norrby, Stockholm: Nobel Prizes and Notable Discoveries (House of the University, Schadowplatz 14, Dusseldorf), presented by the Department for the History, Philosophy, and Ethics of Medicine, North Rhine-Westphalian Academy of Sciences, Humanities and the Arts, House of the University

9:30 Massimiano Bucchi, Trento: From Visibility to Celebrity: Nobel science laureates in the media

10:15 Sven Widmalm, Uppsala: The Nobel Prize and the rhetoric of neutrality during the Third Reich

10:45 Thomas Schlich, Montreal: How to Define Excellence? Nobel Prizes in Surgery in the early 20th Century

V. How Not to Win a Nobel Prize
Chair: Maria Griemmert, Dusseldorf

11:30 Nils Hansson, Dusseldorf: The staging of Excellence: Mechanisms of scientific recognition in the Nobel Prize Archive for physiology or medicine 1901–1950

12:00 Ragnar Björk, Stockholm: Inside the Nobel Committee on Medicine: Prize competition procedures 1901-1950 and the fate of Carl Neuberg

12:30 Heiner Fangerau, Dusseldorf: Why not an American for the First Nobel Prize? Internationalism in medicine at the turn of the 20th Century

1:00  Final discussion, information on the planned anthology documenting the symposium, and farewell 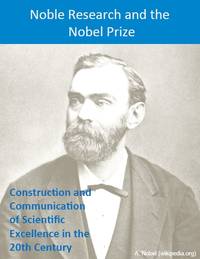